In her native Montevideo, Gabriela Berlingeri combined architecture studies with painting classes and art history in the workshop of the prestigious teacher Clever Lara. It was a time of experimentation with textures within a strictly geometric order, with clear allusions to the architectural world.

However, the study of the human figure with live model will be the beginning of a path that will lead to watercolor. The “Nude” series and the “People” series are a clear example of this. The clear and light-filled atmosphere of Almeria clearly influenced his work, changing from a range of earth colors to more luminous and vivacious tones. The density of the matter gave way to the lightness of the watercolor, to the atmosphere of the painting and its insinuation.

He has perfected himself in the technique of watercolor by the hand of great artists (Julio Visconti, Álvaro Castagnet, and Francisco Castro).

She has recently been invited by the Roquetas de Mar Town Hall to illustrate chapters of the book “Platero y Yo“.

Gabriela Berlingeri has participated in numerous collective and individual exhibitions both in Uruguay and in Spain.

He has received numerous awards, the most recently, being the 2nd prize in the “XIII Roquetas de Mar Rapid Painting Contest”.

Nowadays, his works can be seen in the Trino Tortosa Art Gallery in Almeria. 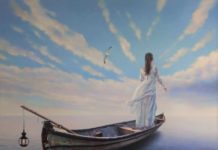 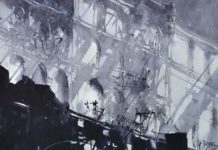 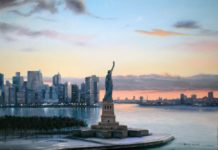 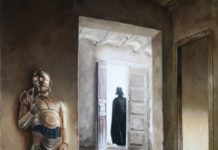 Calm in the Tempest